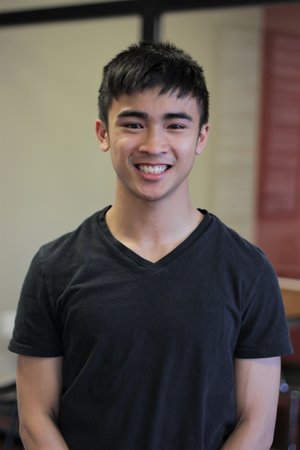 Ben Brooks, a Columbia, Missouri local, is a junior majoring in international business and psychology here at Mizzou.

Brooks says although he attended Lindenwood University for track his first two years, he transferred to Mizzou last spring because of the great experiences he had with the university growing up in Columbia. Despite his just beginning his time officially at Mizzou, Brooks has been busy growing and managing Ukatsu, a youth development program for young gamers that he co-founded. Ukatsu provides a physical space for young gamers to gather and develop positive relationships and social skills. The program also has an emphasis on finding ways for kids to be more active and exercise, while still enjoying their passion for gaming.

Brooks says his favorite experience at Mizzou was getting the news that his program will receive funding from Mizzou to further flesh out their first actual facility. He also is finalizing a contract with Columbia public schools to create an eSports program for next spring.

His advice to students is to take advantage of everything the school has to offer.

“There are so many resources you can use to make yourself more successful professionally outside of the classroom.”