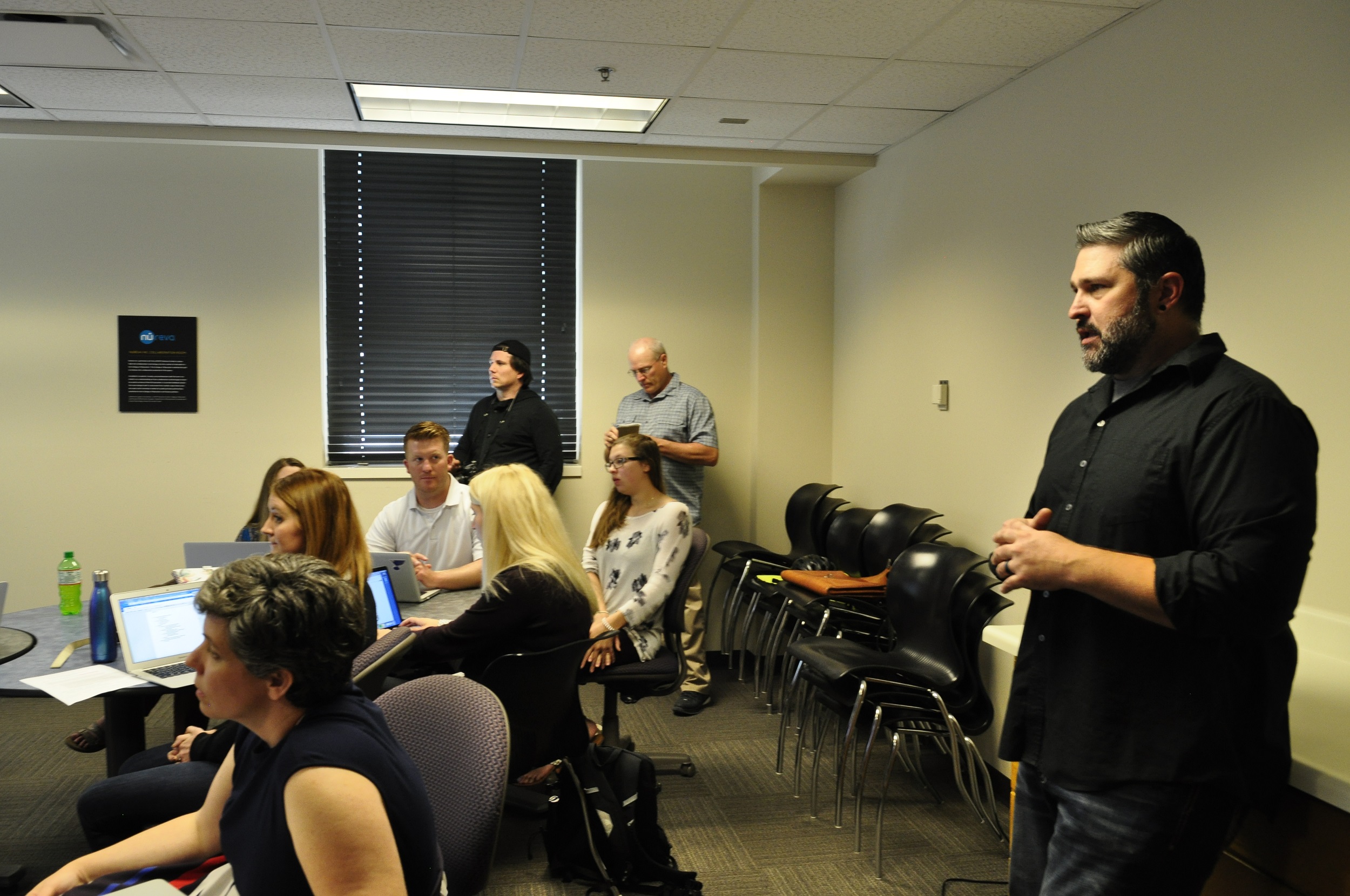 Tucked away on the bottom floor of Townsend Hall on the University Of Missouri campus, a new piece of technology is changing the lives of bullied kids in schools throughout Missouri.

Spanning across an entire wall of the Nureva room, the Nureva Span system acts like a projector that senses when people interact with objects projected on the wall and allows them to move things around as they please. The software can handle up to 20 people interacting at one time, and the workspace can expand up to 200 feet. Although the system was designed by Nureva for businesses, the company has begun testing the system’s potential in classrooms across the nation, including Mizzou’s College of Education.

The Mizzou Ed Bullying Prevention Lab is led by Chad Rose, associate professor in the Department of Special Education. The five graduate and 22 undergraduate students on the team aid Rose with developing programs and interventions to combat bullying before putting them into practice in more than 25 schools. Rose says more than 50 percent of their student team members are from Missouri towns such as Fenton, Sedalia, Washington and Appleton City, that could benefit from their actions here at Mizzou.

Rose says because of the students’ investment in their work in the lab, they have established a positive team atmosphere where everybody has some level of ownership over the project.

Christine Terry, director of eMints, a national program that helps educators integrate technology into classrooms on campus, says the Nureva system allows the college to bring the expertise of the team out to even the most remote communities in Missouri. Many of these rural schools do not have the resources to bring Rose out for a whole day, but the system allows his team to have a hands-on, face to face-like interaction with remote schools.

“For Chad to go out and spend an hour at a school in the Bootheel is a day and a half investment,” Terry said. “But if he can do these types of experiences with the Span system, he can give any school in Missouri the same high-quality experience in only 2 hours at no additional expense.”

In the middle of September, Rose’s team piled into the Nureva Room to video chat with Tyson Ellison, a seventh-grader at Laura Speed Elliott Middle School, to kick-start a program to help middle school kids become a liaison between bullied kids and counselors. Rose says his team plans to give support to Ellison’s project because they believe the community has to become involved to stop bullying.

“My team and I have been working with Boonville for a long time, and what we’ve demonstrated is that bullying is a community issue that involves community members, schools and parents,” Rose said. “Bullying doesn’t just begin and end when students leave the school building.”

Rose says the system can help him train counselors in remote schools so they can carry on bullying prevention techniques on their own. He believes that the technology not only will make his team more efficient, but also will create a collaboration between higher education and communities that want to put a stop to bullying.

“No longer do we have to have schools carrying the load of bully prevention,” Rose said. “Now what we can do is say let’s enter into a partnership, where bullying prevention is part of our community, where we’re all speaking the same language, because the issue of bullying impacts us all.”