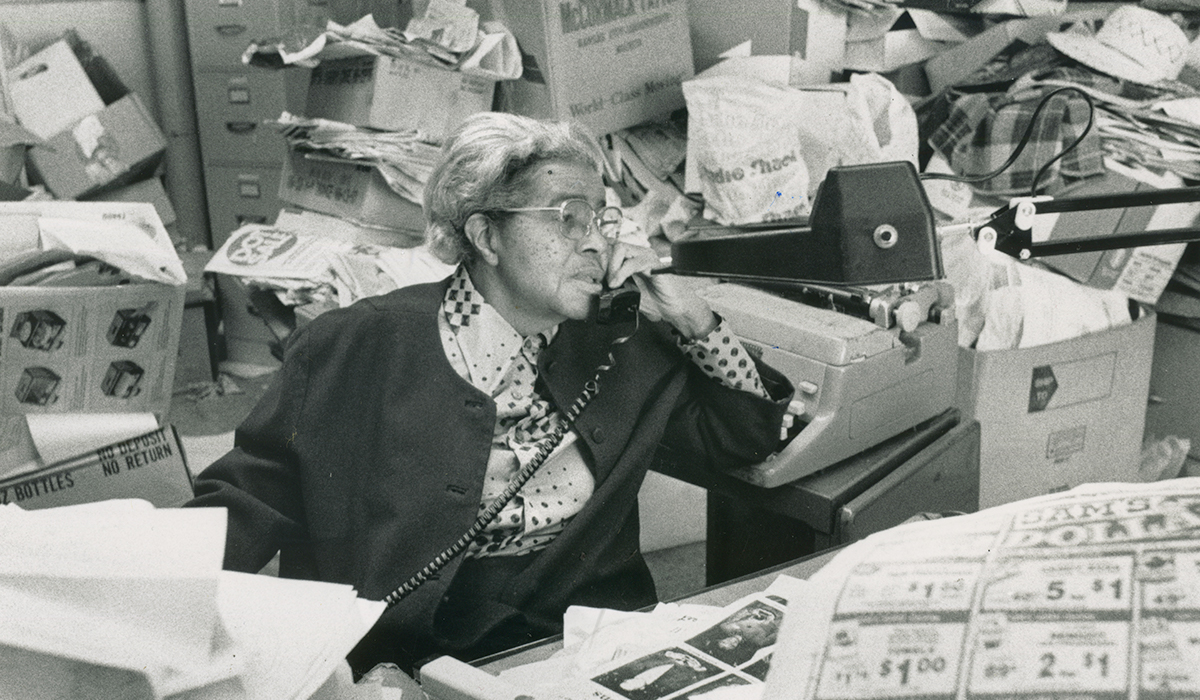 In the mid ‘80s, I was among a small population of African American students attending the University of Missouri. We were a proud bunch, even though we often felt undervalued. In Mizzou’s lecture halls, you were hard pressed to come across professors who noted the contributions of Blacks to American life and culture. In dormitories, restaurants and bars, you might not see black people at all — with the exception of Columbia locals serving as maids, janitors and cooks.

Our sense of cultural alienation was literally built into the landscape, in the city’s bricks, mortar and iconography. My first two MU residences, Hudson Hall, and Mark Twain eponymously paid homage to men (William Hudson, the university’s second president, and Twain as author of Huckleberry Finn) who were hardly champions of black empowerment. Even Rollins St., the street in which I walked back and forth each day, derives its name from the James Sidney Rollins, the late president of the MU Board of curators — who, along with his tireless advocacy for the university, was also an ardent slaveholder.

If MU has produced numerous African American success stories through the years, their heroism has been largely unsung. That’s what made this year’s naming of a Mizzou residence hall after the late journalist Lucile Bluford so redemptive — and inspiring. In the 1930s, Bluford, a University of Kansas graduate, was already a rising star writing about civil rights issues for such newspapers as the Daily World in Atlanta, and for her hometown Kansas City American and Kansas City Call. In 1939, hoping to continue her education, Bluford applied and was accepted into the prestigious Missouri School of Journalism’s graduate school. But upon her arrival, university officials withdrew the offer, citing “separate but equal” Jim Crow laws.

Officials instead told Bluford to apply to Lincoln University, an all-black institution, which incidentally, did not have a graduate journalism program.

Bluford, who was denied MU admission 11 times, was persistent. In a letter to MU officials dated October 6, 1939, she wrote: “I presented myself at the proper time for registration and was prepared to pay the lawful fees and to conform to all lawful uniform requirements; but again I was denied registration by Mr. Canada, the Registrar, solely because I am a negro.”

In 1941, the Missouri Supreme Court ruled that Mizzou must open its doors to Bluford if Lincoln didn’t establish comparable journalism studies. In the end, Bluford was never able to attain her Missouri journalism education, as the university shut down all its graduate programs amidst financial pressures caused by World War II. In 1989, a half century Bluford’s first MU rejection, the university granted her an honorary doctorate degree in humanities. As Bluford’s commencement materials read: “We are embarrassed now that you lost the battle at this university, but today we are proud to add you to our list of degree holders. At long last.”

To be sure, Bluford’s is but one remarkable African American legacy connected to Mizzou. There is, for instance, the saga of Lloyd Gaines, who in 1938 won a landmark discrimination case for admission into Mizzou’s law school, only to disappear mysteriously and never attend. There’s the courageous band of nine black students who in 1950 would become Mizzou’s first blacks to attend. As a student, I remember being rather star struck the first time I saw Arvah Strickland, hired in 1969 as the university’s first African American professor, strolling across the Quadrangle. 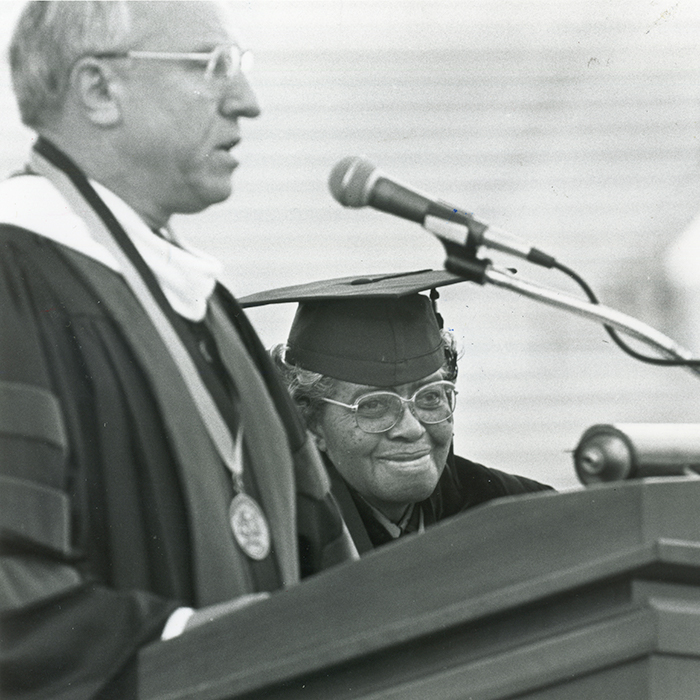 Yet, as a journalist I have always been inspired by the struggles Lucile Bluford, whose fight to study journalism at Mizzou (even though she never did) blazed a path for me as a student at the university — and in the fall 2017, my hiring onto the Missouri School of Journalism faculty.

Earlier this winter, as I began my second semester teaching at MU, the university took a major step in creating a more racially inclusive campus: the Board of Curators voted to name the university’s newest residence hall for Lucile Bluford, and the hall’s atrium for Gus T. Ridgel, MU’s first African-American graduate, who received a master’s degree from MU in economics in 1951 prior to a distinguished career as a researcher, teacher and administrator. It was a proud moment that made me reflect on how far we’ve come since my undergraduate days here. I realize, of course, that on a campus that for generations has erected buildings bearing the names of white men, creating new edifices that recognize the contributions of MU’s African Americans won’t happen overnight. But these days, whenever I walk past the Lucile Bluford Residence Hall and the Gus T. Ridgel Atrium, which now sit prominently at 502 Kentucky Blvd., I can’t help but feel hopeful that my university’s best days are still in the making.