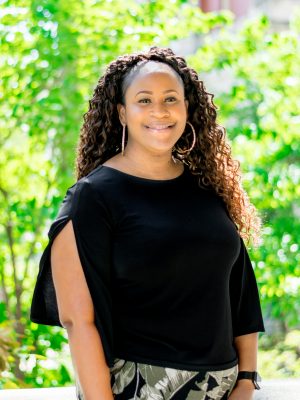 In this role, McAboy-Young is responsible for developing, organizing and implementing K-20 programming, initiatives and resources that address areas relative to educational access and professional and personal development activities throughout the entire student academic life cycle. McAboy-Young also oversees the MU Graduate Scholars of Excellence and Women of Color, Honor and Ambition (W.O.C.H.A.) programs.

McAboy-Young holds a bachelor’s degree in mass communications from Jackson State University, a master’s of education from William Woods University, and a master’s of public affairs from MU. Prior to her employment with MU, McAboy-Young served as a marketing specialist with the Missouri Department of Higher Education, where she worked from May 2008-November 2014 to promote access and outreach programs targeting secondary and postsecondary students.

In December 2014, McAboy-Young was hired to serve as the social media manager for the Missouri Department of Health and Senior Services and Gov. Jay Nixon’s “100 Missouri Miles” initiative.

McAboy-Young began working in IDE as a strategic communications manager in January 2017, and was then hired in November 2018 to serve in her current role.