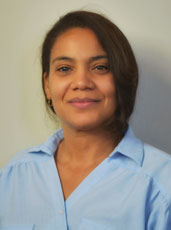 “I am honored to have the opportunity to contribute to the goals and mission of the Access and Leadership Development Unit, IDE and the greater MU community,” Davis said. “This role, coupled with my experience with secondary education access programs, will allow me to apply a holistic approach to student development initiatives.”

The Access and Leadership Development Unit works to enhance the university’s ability to better prepare underrepresented K-12 students for a postsecondary education by establishing pipeline programs that have a positive impact on student outcomes. Under Davis’ leadership, the unit’s focus will expand to include undergraduate and graduate student initiatives.

Davis joins IDE from the MU Office of Graduate Studies, where she has worked since December 2001. In her current role as director for graduate diversity initiatives and the McNair Scholars Program, Davis is charged with developing and implementing programs geared toward attracting, recruiting and retaining students, particularly those from groups underrepresented in graduate education.

“As I now consider the next phase of my professional career, I am excited about the opportunity to generate new ideas and broaden my capacity,” Davis said. “The prospect of doing this within IDE is particularly exciting as its overall mission provides a framework that encourages an environment that cultivates not just leaders, but lifelong learners.”

Davis received a bachelor’s degree in kinesiology and a master’s degree in college student personnel from Kansas State University. In April 2012, she earned a doctorate degree in educational leadership and policy analysis from MU.

Kevin McDonald, vice chancellor for IDE, points to Davis’ academic background, professional experience and working knowledge of university stakeholders as key reasons why she was selected for the position.

“I am delighted that Dr. Davis will be joining the Division of Inclusion, Diversity & Equity. She brings a wealth of knowledge and experience in the areas of extramural funding and pipeline, academic support, and leadership development strategies for underrepresented student populations,” McDonald said. “I look forward to the leadership she’ll provide and the transformative impact that she’ll have in the months and years ahead.”