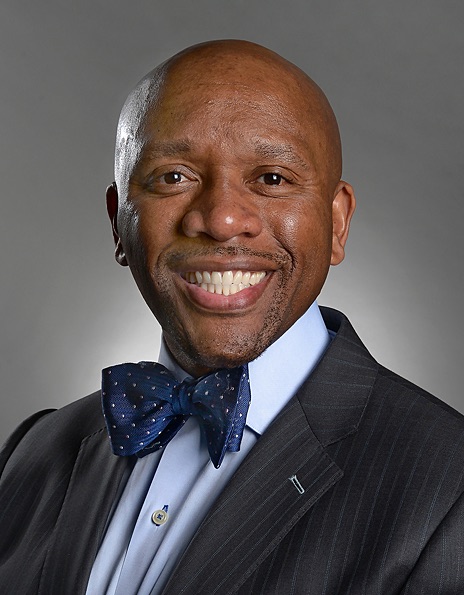 Kevin McDonald, JD, EdD, was named permanent vice chancellor for inclusion, diversity and equity on June 1, 2017. He also currently serves as chief diversity officer of the University of Missouri System. As a diversity and inclusion professional, Kevin McDonald has developed a significant track record of transformational contributions toward organizational equity, diversity, and inclusion goals. His efforts revolve around inextricably binding organizational pursuits of excellence with diversity and inclusion efforts. From access and success, to education and scholarship and institutional infrastructures, McDonald has worked collaboratively to create initiatives that positively impact policies, practices, processes, and people.

In the role of Vice President and Associate Provost for Diversity and Inclusion at Rochester Institute of Technology (RIT), McDonald provided collaborative leadership to the institutional pluralistic efforts. He achieves this through the promotion of inclusive excellence and the conceptualization, development, and implementation of strategic initiatives aimed at the recruitment, engagement and success of RIT community members. From the implementation of an academic support structure which has improved the cumulative grade point averages of historically underrepresented students, to overseeing gap funding which has increased the compositional diversity of RIT faculty, McDonald has committed himself to making excellence inclusive in every aspect of organizational functioning.

As the Vice President for Equity and Inclusion at Virginia Tech from 2005 until 2010, McDonald developed a significant track record of contributions toward the university’s equity, diversity, and inclusion goals. Recognizing the need for Virginia Tech to connect its institutional pursuit of excellence with its inclusion efforts, McDonald introduced and implemented an “Inclusive Excellence” institutional framework. From the creation of a diversity cluster hire program, to conceptualizing and implementing a full tuition/fee/room and board scholarship program to increase compositional student diversity, McDonald has developed and implemented strategic diversity initiatives that have improved institutional recruitment and retention efforts.

During his tenure as campus compliance officer at the University of Maryland in College Park, from 1999–2001, McDonald oversaw the investigation and resolution of discriminatory harassment complaints among 50,000 faculty, staff, and students. Additionally, he conceptualized, designed, implemented, and coordinated the Peer Mediation Program, which provides trained student mediators with an opportunity to help other students resolve conflict among themselves, greatly contributing to the ability of future leaders to manage conflict and resolve issues equitably and fairly.

From 1997–1999, McDonald served as dispute administrator for Network Solutions, Inc., of Herndon, Va.—the Internet’s first Domain Name Registrar. Here he investigated, analyzed, mediated, and resolved more than 1,000 global disputes between trademark holders and domain-name registrants regarding trademark and fair-use issues, often working across cultures and language barriers. Among his contributions was the development and implementation of the Internet’s first domain name dispute policy. This policy outlined an effective dispute procedure, ensuring seamless management of Internet domain-name disputes as well as fair resolution.

Prior to his role with Network Solutions, McDonald served as a disability rights investigator for the U.S. Department of Justice in Washington, DC, where he investigated and resolved disability-based discrimination claims. He received his doctoral degree in higher education leadership from the University of Rochester, and holds a JD from The Ohio State University as well as a BS in psychology from Andrews University in Berrien Springs, Mich. McDonald also holds certifications with the Cornell Diversity and Inclusion Studies Program and is a certified mediator in three primary mediation models.