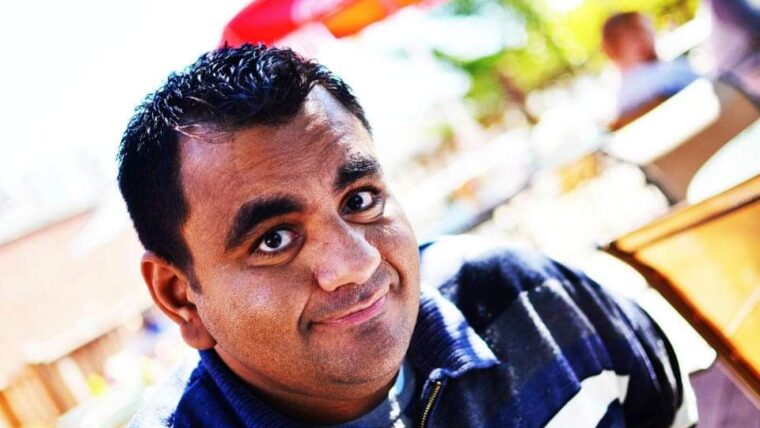 Mohamed “Mo” Shahin is one-of-a-kind, and truly a champion of diversity and inclusion. At Mizzou, he works as the Accessibility Specialist at the Office of ADA and Accessibility. He engages closely with students, faculty and staff to support with both accessibility and accommodations needed on campus. Shahin’s journey to get where he is today is a story of how both his perseverance and tenacity propelled him towards impactful life changes.

Growing up in Egypt, Shahin experienced life with a different perspective than most. Living in Cairo where there were little to no accommodations for those with disabilities meant that his father had to carry him around — especially back and forth to school. When it came to summer breaks, Shahin was at times inside his family home for long stretches with limited contact with the outside world.

By a stroke of luck, Mo’s sister found an advertisement for an international school in Norway, part of United World Colleges (UWC). The school was searching for a student to help test their campus accessibility. At the age of 16, Shahin applied and received a full scholarship to attend and obtain his International Baccalaureate degree. He was about to begin a journey of a lifetime.

After arriving in Norway, Shahin’s life changed for the better. Norway is known to be one of the best countries in the world for accessibility. International schooling afforded him more than just educational opportunities.

Shahin was finally able to move around on his own. He was given one of the first electric wheelchairs of that time through the health insurance provided to him by the country. He also learned to speak English and found mentors and friends that he’s kept in touch to this day. After the two-year program concluded — earning his degree with top marks — Shahin had to return to Egypt to determine what he wanted to do with his life.

Shahin most desired to further his education. He applied to all of the nearest colleges in Egypt, but he kept coming up short. Shahin discovered that the credentialing from United World Colleges was not compatible with Egypt’s public university system.

His well-known persistence shone through, and he pushed forward. Shahin decided to enter the workforce with a job in the import/export business. He also began a small business venture where he purchased accessible devices and wheelchairs for people in Egypt.

The next several years were tough times in Shahin’s life as he faced periods of doubt about his future. There were many naysayers, especially during his time as a student at UWC, who did not believe that he could live a successful professional life while using a wheelchair.

A major turning point came when a friend passed along the final speech from Carnegie Mellon’s beloved professor, Randy Pausch, who delivered The Last Lecture, before dying from cancer. Watching this video moved Shahin so greatly that he made a vow to never again be complacent. As Pausch notes in his lecture, there is always a wall in life, but it’s up to the individual to get around the wall. Shahin did just that.

Shahin was invited to attend his high school reunion in Norway. There, he met with a former mentor, who became a pivotal person in his life.

With his mentor’s support, Mo was able to study abroad to the U.S. and attend Westminster College in Fulton, Missouri, on a scholarship. In 2014, he successfully obtained his bachelor’s degree in psychology with a minor in assistive technology.

But it didn’t stop there. Shahin was accepted into a graduate program in counseling at Mizzou. He went on to obtain his master’s degree in educational psychology and ultimately met and married his wife, Kari.

As the Accessibility Specialist in the Office of Accessibility and ADA, Shahin works to ensure and promote accessibility all over MU. He regularly conducts assessments and walk-throughs, sits in on planning and designing meetings, and collaborates with individuals campuswide. One of his proudest moments and noteworthy accomplishments was the installation of the tactile map at Mizzou. Additionally, Shahin is also now a proud U.S. citizen, obtaining his U.S. citizenship in November of 2019.

Shahin shares MU’s values of making accessibility and equity a priority for all students, faculty, and staff. He is also very grateful to be a part of all the positive growth happening at MU, as well as the work that the Division of Inclusion, Diversity & Equity has done in shaping and supporting the lives of current and future Mizzou Tigers. He is both grateful and thankful for all of the support that IDE provides him with professionally.

When asked how he feels about his experiences Mo noted, “Sometimes the only means of transportation is a leap of faith.”

To learn more about the Office of Accessibility and ADA in the Division of Inclusion, Diversity & Equity, visit ada.missouri.edu.