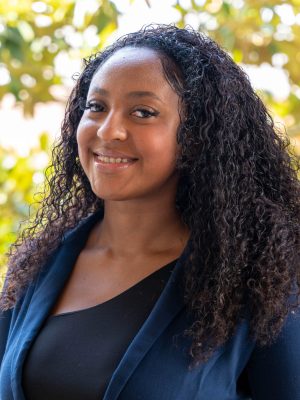 Kennedy Mitchum is a graduate from Drake University located in Des Moines, Iowa with degrees in Public Relations and Law, Politics & Society. She worked as an advocate both on and off campus increasing dialogues between differing populations.

As a board member on the NAACP Drake Chapter, she worked to create a more diverse and inclusive campus environment. Simultaneously she worked with an on-campus Crew Scholars program where she served as a mentor to support students from differing backgrounds.

Later in her college career she joined a prominent presidential campaign working to help inform and make data-driven decisions. She regularly took initiative to plan events between students and community leaders of color to further aid transparency.

In her most recent role, she worked as a Diversity fellow at Fleishman Hillard’s headquarters in St. Louis. Here she was able to help create necessary change in the corporate environment by creating inclusive communication campaigns, facilitating important conversations and assisting in necessary company policy change.

Last summer Kennedy was featured on the likes of CNN, New York Times, Good Morning America and many other well-known sources for her accomplishment of persuading Merriam Webster to revise their definition of racism.

Kennedy is excited to join the IDE team and to continue to work as a change agent within this university.