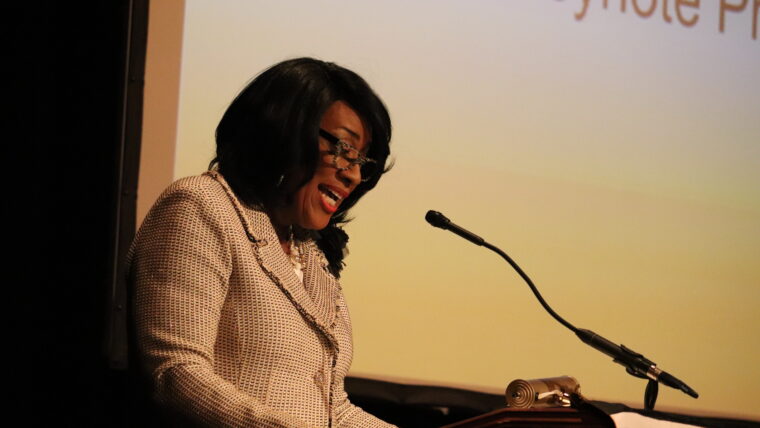 The featured speaker was respected STEM education speaker and engineer, Dr. Gwendolyn Elizabeth Boyd. Dr. Boyd is a graduate of Alabama State University with a professional career spanning three decades at the Johns Hopkins University Applied Physics Laboratory. She was the first African American woman to earn an MS degree in Mechanical Engineering from Yale, and she made history again in 2014 when she returned to her alma mater to become ASU’s first female president.

In 2009, Dr. Boyd was nominated by President Barack Obama and confirmed by the U.S. Senate to serve as a trustee to the Barry M. Goldwater Scholarship and Excellence Foundation. She later served on the President’s Advisory Commission on Education Excellence for African Americans in 2014.